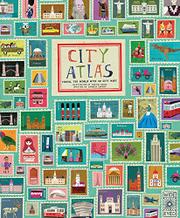 Travel the World with 30 City Maps

Though close in both concept and look to Maggie Li’s Big City Explorer (2016), this overview of the world’s great cities is concocted with a more active form of tourism in mind. “Go crazy for Portuguese custard tarts,” Cherry invites visitors to Lisbon. “Wander around the Praça do Comércio,” or “hitch a ride on the funicular, Elevador da Glória.” Or “visit the ZKP Tagansky Cold War Museum” in Moscow, “see a show at the Museo Argentino del Títere puppet Museum,” or “feed the deer in Seoul Forest.” Along with stylized but recognizable buildings and natural features, Haake scatters on each highly simplified street map a mix of people, animals, art, and several tiny seek-and-find items for viewers to pick out. Prospective travelers may come away with the idea that almost all the women in Rio wear bikinis and other odd impressions (“Try some of the world’s best bagels” in Montreal? Fugeddaboudit!), but in the American and even Scandinavian cities, variations in skin tone at least hint at diverse populations. There are a few errors too: New York’s F.A.O. Schwartz has closed. More problematically, over half of the chosen cities are in Europe and only three in the U.S.; China is represented by Hong Kong and all of Africa by Cape Town alone.