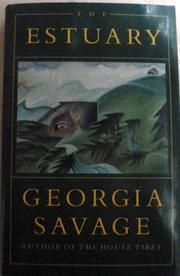 In a dark but briskly readable novel by an Australian writer (The House Tibet—not reviewed), a young widow examines her loves, friendships, and relationship with her child. Vinnie Beaumont thinks her life is over when her husband dies young. She's so bitter about her loss, in fact, that she'll emotionally neglect her daughter for years. Along the way, Vinnie, an attractive bookkeeper, will have a platonic flirtation with a handsome handyman and an affair with a married man, although both leave her. Then, at 13, daughter Clare abandons her mother to play surrogate daughter to a childless, grasping woman. Meanwhile, Vinnie lets her lawyer brother come between her and their own mother, and the house at the Estuary is left to him. Yet Vinnie doesn't complain or judge. She moves to the Estuary house, and, when her brother finds a tenant, moves to a hotel where, as cook, babysitter and bookkeeper, she is shamelessly exploited by the troubled couple who own it. There are a lot of false starts and flirtations, and the saga of an itinerant balalaika player goes on for rather too long. Vinnie's passivity is such that, even when she gets Clare back, her joy is expressed simply through what she sees as she drives ``...past paddocks faintly washed with green, past orchard rows starred here and there with the first spring blossom. Lightning began to flicker in the sky and still I found nothing to say.'' When things heat up (a lesbian love scene; the narrator's face getting slashed by her employer), the prose still remains mostly dispassionate and pure, the dialogue dry and witty, with only occasional lapses into sermonizing over women's oppression. Overall, with its gritty translucence, a penetrating study of loss.