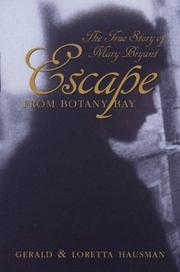 The True Story of Mary Bryant

The most famous survivor of her time, Mary Bryant holds the record for the longest open-boat voyage by a woman. In her day, only Captain Bligh bested her, but he was an experienced navigator. In 1786, 19-year-old Mary—poor and close to starving—made a conscious decision to look hunger in the face and become a highway woman in order to survive. She and her accomplices, Catherine Fryer and Mary Haydon, took to the woodlands and became thieves. Caught early on, Mary was sentenced to hang, but was instead put on a prison ship and sent to help colonize New Holland, now called Australia. Whether this was the better fate was not obvious to the prisoners on this ship that was “full of rats and holes and will sooner sink than sail.” Forced labor in Botany Bay Colony, in the shadow of the gallows erected on the knoll, was a horrible existence, and Mary, her new husband, their two children, and seven other convicts stole a boat and fled 3,000 miles across the ocean. James Boswell defended Mary in court, and her story is well documented in interviews, journals, and histories of the day. The Hausmans write in a lively, inspirational tone, consciously portraying Mary as a hero for modern times. The inelegantly written authors’ note detracts from an otherwise solid story. This will appeal to fans of true adventure tales. (epilogue) (Fiction. 12+)