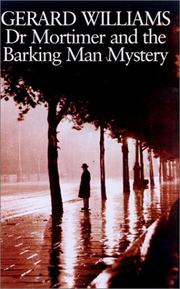 Now that Sherlock Holmes has been endlessly resurrected, and Inspector Lestrade and Irene Adler have enjoyed series of their own, isn’t it time for minor characters in the Holmes canon to have their day in the sun? At least that seems to be the idea behind the adventures of Sir Henry Baskerville’s physician James Mortimer (Dr. Mortimer and the Aldgate Mystery, not reviewed), who here introduces an 1890 case he calls far more tragic and sensational than The Hound of the Baskervilles: the torturing and slaying of General Pyotr Ivanovitch Ostyankin, of the Russian war party, in a Soho brothel. Urged onto the case by Iris Starr, the fallen woman who once saved the life of his wife and partner, Dr. Violet Branscombe, Mortimer finds that despite the circumstantial evidence against Iris’s sweetheart, revolutionary agitator Solomon Solomons, who’d been trailing Ostyankin with malice in mind, the court determined to hand Solomons has overlooked several equally promising suspects. There’s the barking general’s sinister companion, import agent Alexander Miller; one-eyed stonemason Mark Diamant, who’d already tried to kill Ostyankin once; Rev. Cormell Jephson and his wife Lettice, the social crusaders whose son’s Foreign Office career Miller had ruined; and the unseen agents who ran a ring of unwitting, underage girls out of the house where the general breathed his uneasy last.

Mortimer is a cipher whose style is stately sawdust, and Violet’s only role is to get kidnapped. The late-Victorian touches are expert, however, and the clever planting and decoding of clues worthy of You Know Who.