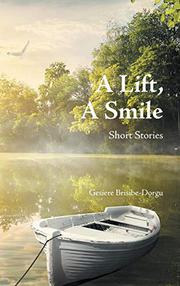 A LIFT, A SMILE

A collection of short stories that examines the nature of justice in a world full of spiritual forces.

In her latest set of five tales, Brisibe-Dorgu (A Path Similar, 2019, etc.) tells more mythically infused stories of families in Africa. As the characters face various crimes and injustices, readers are shown the ripple effects in the surrounding communities. In “A Lift, A Smile and…,” which opens the collection, sisters Ama-ere and Yeibiri marvel at how their city has changed for the worse: “If it is not armed gangs openly shooting at each other,” Yeibiri says, “it would be rapists moving from house to house or robbers raiding shops, homes or...” When the siblings are kidnapped, however, the story switches gears, becoming a meditation on the effects of abduction: “the trauma locked inside her mind will take quite a long time to unlock.” “No Escape” follows a young man named Agbainzo, who becomes “one of the most influential persons in the community” after succeeding in business, before facing a quick decline. After he commits murder, a high priestess foretells his imminent downfall: “May your outward life be a reflection of your inner torments.” Overall, these tales depict a world where justice can be achieved if mysterious hidden forces of life—dreams, visions, and spirits—align and will it so; however, the tone of the narratives verges on didactic at times; for example, good fortune only comes to those who “are ready to work honestly and diligently.” Although Brisibe-Dorgu’s fictional world is full of violence, it also possesses an intriguing, underlying sense of order that only priestesses, wise people, and visionaries can access. In “Odudu,” for instance, the title character struggles with disturbing dreams as he prepares for a wrestling match with his challenger Timi; he seeks help from a spiritual guide, who tells him, “My dear son, the help you seek is what I have been offering you since you set foot inside my house. You are thinking of something quite complex but life’s solutions are really simple.”

Offbeat tales that showcase a distinctive, if sometimes-preachy, authorial vision.