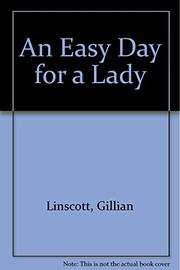 AN EASY DAY FOR A LADY

In 1910, frustrated suffragette Nell Bray (Stage Fright, 1993, etc.) takes a break from fighting for the English woman's vote—almost from history itself—by traveling to Chamonix in the hope of climbing Mont Blanc, only to end up working as translator for a British family for whom the mountain offers no escape from their problems. They're the Mordifords, relatives of Arthur Mordiford, who was killed, along with his guide, Lucien Martin, on an earlier climb in 1880. Now a glacier has finally given up Arthur's body, preserved for 30 years with a suspicious head wound, and Arthur's brother Gregory, who survived the earlier climb only to remain frozen in a permanent funk, has come with his children, Beatrice and Benedict, to bring the body home. Before he can make final arrangements, however, or even resolve Benedict's flirtation with Lucien's daughter Sylvie, Gregory is fatally poisoned during a memorial pilgrimage to the glacier, and Nell, taking her cue from the journal recovered with Arthur's body, sets out to exonerate Lucien's widow, Marie—whose hitherto unsuspected relation with Arthur gives her one of the oldest and strongest of motives—by solving the two murders. Cutting herself off from the historical intrigues that have been her specialty, Linscott proves that she can spin an old- fashioned puzzle with the best of the class of 1910.