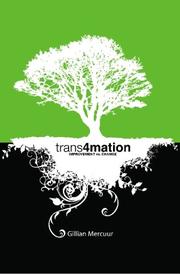 Struggles against racism, marital abuse and obesity yield life-lessons in this self-help manifesto.

Growing up as a mixed-race second-class citizen under South Africa’s apartheid regime gave the author plenty of obstacles to overcome, including an inferior education, job discrimination and the daily humiliation of pass laws. Equally rankling was her family’s membership in a strict Christian denomination—her father was a minister—that accepted white supremacy and sexism and imparted a dour worldview dripping with guilt and fear of hellfire. Worst of all was her 18-year marriage to a violent, sadistic man (another minister) who beat her in front of their daughters, raped her at knife-point and dunked her head in a vomit-filled toilet bowl. Mercuur’s account of violations both intimate and impersonal, and of the helplessness and depression they induced, is full of harrowing detail; readers will be moved by her perseverance—she rose to become a bank executive—and by her efforts to understand and forgive the injuries she suffered. The book falters when she tries to elaborate a philosophy from her travails. In long-winded, meandering, repetitive passages, Mercuur harps on a set of simplistic or vague principles: seek sustained improvement instead of mere change; think for yourself rather than accepting dogmas imposed by others; pitilessly search for truth, which can only be apprehended by “physical knowledge” gleaned from the five senses; take personal responsibility for everything that happens to you, racial oppression included. The practical focus of her creed is on weight loss, which she undertakes with the help of an old high-school flame who became her guru after her husband’s death; the regimen of “isolated muscle training” that he put her on constitutes the only concrete advice she has for readers. Alas, Mercuur’s obsession with fitness and appearance results in insights—“Who we are physically displays who we are spiritually”—that are dubious and uninspiring. A riveting biography weighed down by dull, superficial pensées.