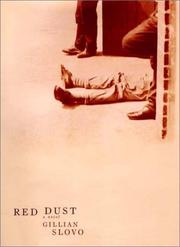 The setting is a dusty, fly-blown town, Smitsrivier, where the famous Truth Commission is meeting to grant amnesty, when appropriate, to those on both sides who committed political crimes under the old regime. Sarah Barcant has been summoned back from New York, where she’s now a prosecutor, by her mentor Ben Hoffman. Ben inspired her to become a lawyer, but he's now dying and wants help in uncovering the truth about Steve Sizela’s death. Steve’s parents are not bent on revenge, wanting only to find his body and bury him properly. For testimony, the Commission calls Dirk Hendricks, a former Security policeman serving time for his offenses and now seeking amnesty. Another witness, Alex Mpondo—a friend of Steve’s, a former political prisoner, and now a Member of Parliament—has also been asked to testify. Alex is reluctant, fearing, as Sarah does, that Hendricks may have broken under torture during his interrogation and fingered Steve for hiding a cache of weapons. As Sarah, who is also attracted to Alex, tries to establish what really happened to Steve, she realizes that the reality is much more complicated. While Hendricks, determined to get out of prison, offers information he deems helpful to himself, Pieter Muller, a local farmer, former policeman, and pillar of the community, is subpoenaed—but then dies in what is said to be a suicide. Compromised truths bring a measure of closure and bitter consolation, but, as Sarah realizes, an ordinary life here is still impossible: “[The] contours of heroism, sacrifice, and guilt were so much a piece of everything South African.”

Well intended, but still less persuasively compelling than much nonfiction about the Commission.