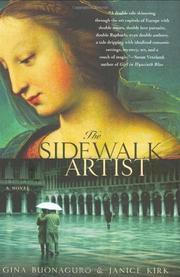 The winsome Tulia Rose has been sent to Europe alone on an all-expenses-paid vacation by her disaffected yuppie boyfriend. In Paris, she meets handsome, raffish sidewalk artist Raphael, who just happens to be completing a perfect rendition of heavenly cherubs by the Renaissance painter of the same name (or, as Tulia comes to know him, Raffaello). By the time the two finish a picnic that appears as if by magic, Tulia has been dazzled by the artist’s splendidly embroidered vest, intrigued by his knowledge of art history and oh-so-tempted by his dark eyes and sensuous mouth. But then: Girl leaves boy. Boy shows up out of nowhere under mysterious circumstances. Girl grows ever more fascinated by Raffaello the painter and derails her vacation to learn all about his life and his work. Boy continues to appear regularly until girl gives into temptation. Girl begins a novel about Raffaello’s mysterious Beloved, a woman who influenced his paintings but appears in none of them. Girl has lots of nightmares she can’t remember but that leave her with a terrible grief. And so on. The story is told in sometimes briskly comic, sometimes self-consciously lyrical prose that alternates between Tulia’s own story and long, italicized passages that are: (a) pieces of Tulia’s novel; (b) glimpses into Raffaello’s unrecorded past; or (c) a tantalizing blend of the two.

A charming, Hollywood-ready romance that treads lightly along the edge of pure sentiment.