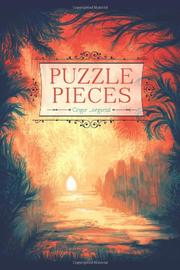 Jorgental’s collection is broken into short sections titled “Reunion and Sympathy,” “Overture,” “Behavioral Science” and “Nature Deity.” The strongest of these is the last, in which Jorgental finds a looser, more conversational voice. In “Moon,” she writes cleverly of that most overused of images: “There has to be a pickup line there somewhere.” The poems’ strongest, but unfortunately underused, attributes are simplicity and humor: “Placated,” probably the most free, pleasant poem in the collection, ends: “So here’s a bean, a clean sink / several tidy faces, / and a prize mouse the cat just dragged in.” At such moments, the poems telescope in on a natural, even banal world and suddenly turn it on its side with a new way of seeing. Unfortunately, many of the poems meander in stilted abstraction that distracts from these particulars: “Know you not that greater worth / cannot be found in guise?” The author often deploys hard end rhymes, which sometimes force awkward syntax and emphasize the poems’ lack of grounding. For example, in “Lyrical,” a muse/lover is described as follows: “Held to your chest, gazed in your eyes / princely and polished to fill me with sighs.” This is poetry for poetry’s sake, and the book bottoms out in its attempts at ars poetica, which reveal nothing more than a lack of topic: “Lines travel a great distance / for what they need to do / They get caught up in carriers / but rarely make trips to the zoo.”

A collection with some genuine moments of poetic simplicity, overwhelmed by vague abstractions and awkward construction.