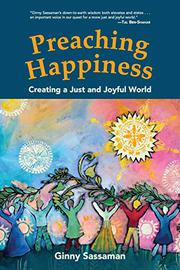 Creating a Just and Joyful World

A debut collection of 16 sermons analyzes personal and collective happiness.

As a co-founder and past president of Gross National Happiness, USA—a nonprofit organization working to promote people’s well-being—Sassaman believes that government policies can help individuals find joy. Based on the Kingdom of Bhutan’s philosophy of Gross National Happiness (as opposed to Gross National Product), the author’s American group claims that collective well-being can be achieved by changing how success is measured. As a layperson at the First Universalist Church and Society of Barnard, Vermont, Sassaman delivered sermons based on her happiness philosophy, and those impassioned speeches are presented here. The author’s conversational essays, which can be read in any order, cover a wide range of upbeat topics—economics and happiness, the interconnected happiness of humans and animals, and the extraordinary value of everyday beauty. She uses some compelling personal anecdotes—like her 300-mile participation in Gross National Happiness, USA’s nationwide walk—and her essays are well documented with sources, such as psychologist Rick Hanson’s 2018 book, Resilient. But some of the concepts presented here will likely make many Americans—who value freedom and ideas like home ownership—somewhat uneasy. For example, concerning President Donald Trump’s planned revision of the Endangered Species Act, Sassaman is disgusted by the “rights of private landowners versus species extinction.” Often dogmatic in tone, this soapbox assemblage tends to present complex issues from only one angle. For example, in a discussion of Florida’s 2018 red tide, farm runoff is blamed, but sewage from beach houses isn’t mentioned. In her weaker arguments, Sassaman relies on assumptions to support her claims, and many Americans are painted with the same broad brush. In a chapter on the moral obligation to change economic paradigms for everyone, she compares American life to a board game where players win by greedily consuming products.

A heartfelt but sometimes uneven collection that promotes happiness.