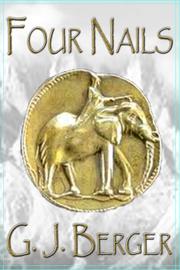 
In Berger’s (South of Burnt Rocks—West of the Moon, 2012) epic historical fiction, a young elephant driver from India fights in Hannibal’s army as it marches toward Rome.

When a Syrian caravan visits his small Indian village in 227 B.C., young Ashoka, who’s known for his talent with elephants, is sold into slavery by his father in an effort to protect his family. Ashoka’s strong sense of duty carries him through a harrowing trip across the desert, and after a display of his elephant skills, he’s eventually sold to a Carthaginian senator who orders him to train his elephants for war. The novel follows Ashoka as he’s sold a second time into Hannibal’s army and eventually becomes head mahout, or elephant driver. A treat for ancient history buffs, the novel would especially appeal to fans of TV shows like Spartacus and Rome. Presented mostly from Ashoka’s point of view, the war is seen through the eyes of an Indian slave, conscripted into a war against his will. Nonetheless, highly intuitive and intelligent Ashoka is able to see the war clearly, and he lives to protect his precious elephants. Unlike the zealots in each opposing army, he recognizes that there’s no real good or evil; the Romans and Carthaginians are equally capable of committing atrocities, and though loyal to his commander, Ashoka is not burning with rage against Rome. He serves as a reminder that armies are often made up of reluctant participants. Spanning more than a decade and far from being a tired history lesson, the story flows naturally and never feels rushed. It’s full of interesting facts about Hannibal’s march to Rome, fortified by Berger’s simple yet rich descriptions of battles and the struggles of war. However, Ashoka’s nuanced, personal narrative drives the novel. Though a slave, he never sacrifices his beliefs, and he’s often outspoken with his masters—a habit that earns him disdain from some, though he’s ultimately rewarded for his moral courage.

A highly entertaining, sophisticated look at the Second Punic War through the eyes of an unlikely hero.