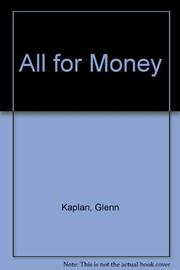 Fair-haired publisher Bob Macallan accepts a $10 million buyout offer for his medical-lifestyle magazine Elixir—and then watches the sharks circle as he struggles to meet the revenue quotas that will keep him from losing the money. As part of the acquisition deal, American Communications, the hidebound behemoth Bob left five years before to start his own company, has decreed that Bob stay on a year to run Elixir. No sooner has Bob turned down a counter-offer by American's power-driven rival Elton Mackey than Mackey announces his intention to enter the field anyway by starting a rival magazine, Panacea, that will drive Bob out of business. Back in the office, Bob finds himself reporting to sycophantic Harry Woodcock, the old boss who forced him out of American, and fighting to control maverick advertising director Leo Sayles, who seems to be feeding information to Mackey's minions. On the home front, Bob is haunted by the ghost of his self-sacrificing mother and the regrettably live, carping presences of his self-unmade father and brother, and is finally tempted to stray from his sharp, supportive MBA wife Wendy Wolfson by aggressive Laura Chasen, whom he's met in a sequence lifted from The Heartbreak Kid (but purged of its humor). When Bob, his back to the wall, beats back Harry's most determined attempt to wrestle the magazine away from him, that's only the cue for Bob to fret about whether he really does want out of the business and what will become of Elixir without him. A pleasantly tense, if predictable, corporate soap-opera from first-novelist adman Kaplan (The Big Time, 1982). Go get 'em, Bob.