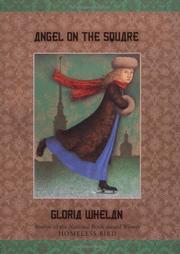 ANGEL ON THE SQUARE

A young Russian aristocrat comes of age during the Great War and the Russian Revolution. In 1913, 13-year-old Katya’s life is good: she is about to join the Tsar’s household with her Mama, who has just been appointed Lady-in-Waiting to the Empress. Her best friend and foster brother Misha, a young intellectual with revolutionary leanings, cannot dampen her enthusiasm with his talk of the people’s privations and dire predictions of war, but over the course of the next five years, Katya witnesses the outbreak of war and both revolutions, and is eventually reduced to the life of a peasant. Trying to encapsulate this particular sweep of history in 300 pages is no easy task, and Whelan (Homeless Bird, 2000, etc.) clearly struggles with the challenge of establishing sympathy for the Tsar’s family while at the same time allowing her protagonist to understand the depths of the social injustice that ultimately brings about her downfall. This results in a character who ultimately observes but never acts. When the royal family heads to the army’s headquarters, they do so in luxuriously appointed railroad cars; on the same train, soldiers travel to the front in empty boxcars. Katya is “embarrassed by our show of luxury. I wondered what the soldiers thought of us as they watched us climb into our comfortable quarters, trailed by servants and piles of luggage.” While this is possibly psychologically consistent and clearly serves a narrative purpose, it is unsatisfying. Still, the novel serves as an introduction, if inevitably oversimplified and largely devoid of political discussion, to a complicated and important period in world history, and from a perspective that will naturally appeal to kids whose exposure to the events is from animated videos. (glossary) (Fiction. 10-15)