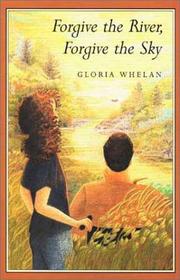 In a patchy but engaging short novel, a child cures a hurt of her own by battering down the emotional walls an injured man has erected around himself. A year after her father died of a heart attack while fishing in his beloved river, Lily watches fences going up around her former home, and resolves that they won’t keep her out. She loves—and blames—the river, and finds, in the house’s new owner, someone who is just as ambivalent about the sky: Paraplegic ex-test pilot T.R. Tracy considered the sky safe before a crash robbed him of the use of his legs. Lily ignores T.R.’s attempts to fend her off, and they quickly become friends. Although Lily doesn’t make T.R. a “project,” readers will understand how she draws him out of his self-imposed shell; on the other hand, a string of activities with her friend Laura is only weakly connected to the main story, and T.R., though wheelchair-bound, gets around with suspicious ease. The supporting characters are sketchy, but Lily is as irresistible as a force of nature, and the northern Michigan setting has almost as much presence. In the end, T.R. accepts an offer to test aircraft adapted for disabled pilots, and Lily discovers that her grief is no longer quite so sharp. The story never really comes together, but readers will appreciate Lily’s take- no-prisoners style of dealing with adults. (Fiction. 10-12)