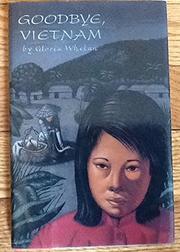 The experiences of a village family, reluctantly escaping their homeland in a perilous boat trip to Hong Kong. Mai's grandmother, a traditional healer, is threatened with arrest for her ``dangerous superstitions,'' but her father is a mechanic whose skills win a place on the small, overcrowded, rickety craft. The strangers aboard become a community on the long journey, while events en route are representative: a birth; a death; a Tet celebration; the rescue of the sole survivor of another, capsized vessel. In Hong Kong, some of the less able are sent home, but Mai's family, her friend Kim, and Kim's mother (a doctor) are among the lucky ones chosen to go to America. Though the events seem selected to present a typical ordeal, Whelan narrates with eloquence and sympathy, deftly weaving in telling details like the competition between Kim's mother and Mai's grandmother. The conclusion (threatened with deportation, Kim's mother is reprieved in the nick of time) is pat, but appropriate given Whelan's choice of keeping the worst tragedies offstage. By prefacing her novel with thanks to several Vietnamese and the Women's Commission for Refugee Women and Children, Whelan implies that it's based on interviews. An effective plea for a group whose plight, as an afterword notes, continues to worsen. (Fiction. 8-12)