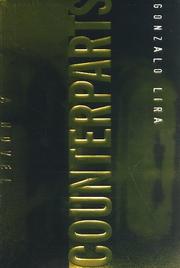 Dizzyingly sophisticated debut spy thriller, character-driven with big splashy action sequences, all earning Lira, a 28-year-old recent Dartmouth graduate born in Chile, a million-dollar advance. Red-headed, fiery-tempered FBI agent Margaret Chisholm does dirty work for her boss, often moving outside the law to wrap up big messes. Divorced, with a 12-year-old son to care for, she finds herself lifted out of her current probe into a tangle of financial misdealings, an investigation that's called Archangel, and thrust into the search for mass-murderer Sepsis, who has just blown up a chapel and 25 nuns at a New Hampshire convent. Also on the case is Nicholas Denton, a charming, highly-placed CIA bureaucrat who seems to run the whole outfit, knows where every body is buried, and has a personal, privately staffed CIA building in Alexandria that's chock-full of secrets and that not even his boss knows about. Chisholm and Denton must work together as counterparts to track down and take out Sepsis. Why did he blow up the convent chapel? Because Sister Marianne, a specialist in architecture, had been chosen to direct reinforcement of structurally unsound levels of the Vatican, from the catacombs under St. Peter's dome to the Sistine Chapel. For some reason Sepsis didn't want her to do this, and he blew up the convent either to kill or warn her—and when Sister Marianne leaves for Rome, Chisholm and Denton go along to protect her. Meanwhile, we learn much about Sepsis, a handsome 25-year-old German, who, when he sets about his bloodwork—which includes blowing up the Vatican—causes both civilians (called mushrooms) and cops drop like flies. So how did young Lira got so casually knowledgeable about the office politics, byways, and sneaky methods of the FBI and CIA without being a retired veteran, privy to a universe of clandestine secrets? We dunno. Cannonball action and word-of-mouth may carry this to the moon.