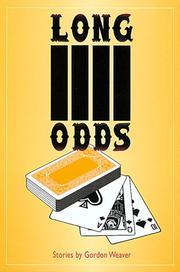 An eighth collection by the prolific author of the recent omnibus volume Four Decades (1997). The 11 moody stories here are closely focused (often first-person) explorations of embattled quotidian lives characterized by “interminable stasis”—like that of the aging loner who haunts a rundown diner (“Viewed from Lanta & Wally’s”), a disabled Viet Nam vet attempting “interaction” with other lonely souls (“On Watch for Big Red”), or—in one of the two best stories, “Without Spot or Wrinkle”—a stuffy northeasterner who learns that his recently deceased renegade brother had led a far more enriching, and love-filled, life than his own. Weaver’s stabs at literary-academic satire (“Solidarity Forever!,” “Gilded Quill: The Story of Jones”) are embarrassingly weak, but when he sticks to ordinary Joes in hopeful conflict with fate and circumstance (such as the devoted father who builds a lavish Christmas light display for his blind daughter, in the touching “Imagining the Structure of Free Space on Pioneer Road”), he’s with people we can care about, and in his element.