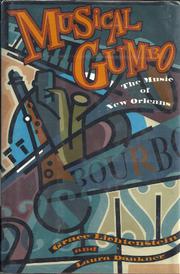 The Music of New Orleans

A casual yet palatable guide to the music of New Orleans that serves up its spicy musical and historical matter in high style.

Seeking clues to the city's rich musical heritage, Lichtenstein (Machisma, 1981) and Dankner (Music/Loyola University) find them in New Orleans's extraordinary racial and cultural mix, and in an appreciation for revelry that goes back to Louisiana's first French governor. The authors describe the Sunday celebrations of slaves in Congo Square, and the influence their music had on the musicians of the city's red-light district. We meet mythic figures like Buddy Bolden, Tony Jackson (so eager to play piano that he built his own at age seven), and Jelly Roll Morton. We encounter Louis Armstrong, whose genius made jazz jump, dropping a sheet of lyrics in the middle of a recording session and inventing scat out of sheer inspired desperation. The authors also make clear the city's contribution to rhythm and blues and rock, with the gospel- drenched voicings of Ray Brown and Little Richard, and with Fats Domino and Dave Bartholomew honing the art of the "two minute radio hit.'' Full of stories, anecdotes, and interviews, the text describes the contribution of masters like Dr. John and the Neville Brothers to many classic R&B recordings, and it brings us up to the present with performers like the Marsalis family, the Rebirth Band, the Dirty Dozen Brass Band, and many underappreciated musicians. And though the authors tiptoe around controversies like the one surrounding Wynton Marsalis's paradox-riven jazz purism, they don't fail to investigate the role of education or of ethnic and social tensions in New Orleans's musical development, and they make clear how the various artists have suffered for the music that has made their city "America's Florence.''

Should inspire many new visitors to the Crescent city and hip them to what's been cooking there all these years.