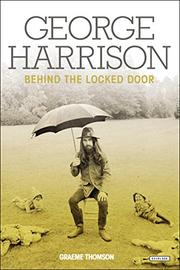 Behind the Locked Door

It may come as news to some fans of the spiritually minded Harrison that, by Thomson’s (Under the Ivy: The Life and Music of Kate Bush, 2010, etc.) account, he was as sexually promiscuous as many of his fellow musicians: “He seduced one young woman days before the Concert for Bangladesh, and even made overtures to another in the wings during the concert itself.” It may come as news to others that Harrison, once pioneering in his blend of Eastern and Western musical traditions, was a sonic fuddy-duddy in his later years: “Rap stinks,” he pronounced, “and techno is humanless music coming out of computers that bring you to madness.” That seems stern for someone who introduced Moogs to Beatlemaniacs and had no qualms about setting Hare Krishna chants against pop backgrounds, but though Harrison never advertised himself as a saint, Thomson seems always surprised that Harrison was, from the earliest age, a smoker, drinker and drugger—in other words, a rock musician. The author covers his subject from cradle to grave, a span of time that has been thoroughly covered by other writers, on some of whom he relies too heavily. The result is a plethora of old news, including the well-worn observation that it was George who taught John Lennon how to tune a guitar. The writing is seldom distinguished, too often pockmarked by forced observations that the refrain of Bob Dylan’s “Like a Rolling Stone” “seemed to capture something of Harrison’s growing ambivalence as The Beatles dragged themselves around the United States for the second summer in a row” and that “like an alcoholic with the bottle, no Beatle was ever freed from the grip of the Fab Four.”

Indifferent writing and tut-tutting and shallow criticism conspire to make this of interest mostly to completist collectors.