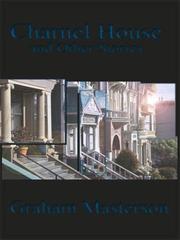 Horrormeister Masterton exhumes a novella from 1979 and surrounds it with three moderately creepy stories from the mid- to late-1990s. “Charnel House,” the longest of these offerings and in many ways the most predictable—not a good quality in a horror story—deals with the return of The First One to Use Words for Force, the biggest, baddest demon ever to stalk the ancient world of Native Americans. First One, a.k.a. Coyote, is now annihilating anyone who gets in the way of his resurgence, which involves reclaiming his breathing, his heartbeat, his blood, and his hair, which is currently strung along the support beams on the Golden Gate Bridge (don’t ask). Some will be maimed, some will be challenged, and some will die, natch, but eventually the Big Monster will get its comeuppance. In “Underbed,” everything you ever feared about being creative is unleashed when a kid discovers things that go chomp in the night in a parallel world beneath the bedsheets. In “The Gray Madonna,” a virulently anti-abortion scenario, a tourist in Bruges meets fate in the form of Belgian church statuary. In the haunted house of “The Ballyhooly Boy,” a murderous schoolchild returns to attack his tormentors.