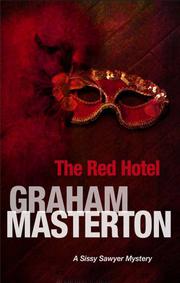 A historic hotel appears to be possessed by the ghost of its former owner and her creepy son.

Described as an “unredeemed hippy,” Sissy Sawyer believes that she can see into the future with the help of her DeVane deck, beautifully illustrated cards that help her interpret what will come to pass. When her stepnephew, Billy, stops by with his new girlfriend on a rainy Connecticut day, Sissy immediately senses that the beautiful girl has questions for both her and her cards and sends Billy out so that the two may talk alone. T-Yon, Cajun-speak for Petite Lilian, was raised in Louisiana with her brother, Everett. Now she’s had a disturbing and embarrassing nightmare about herself, her brother and her brother’s latest project, The Red Hotel in Baton Rouge. Sissy wishes she had better news to share, but T-Yon’s cards suggest that Everett is in grave danger. So Sissy and T-Yon catch a southbound flight to see if they can help in person. Everett, meanwhile, is determined to make the opening of his latest project a success and is more annoyed than afraid when deputy hotel manager Luther finds a blood-soaked rug in one of the hotel rooms. Although he doesn’t believe the rumors giving the other guests freesons (goose bumps), Everett knows he needs to put a stop to local chatter about the hotel being possessed by the ghost of former owner Mrs. Slider with the assistance of her son, Shem. T-Yon hopes that she can make a believer out of Everett before her dream becomes a reality.

Though the tropes invoked by Masterton (Festival of Fear, 2012, etc.) may be more tired than tried and true, his imaginative details and storyline more than compensate for any lack of originality.