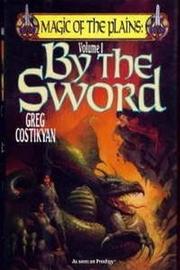 Magic of the Plains

Heroic fantasy with a twinkle in its eye and a spring in its step: the novel version of an on-line computer network serial written by noted fantasy-game author Costikyan. Young Nijon is a barbarian warrior from the plains, and, despite his friends' ridicule, really is a son of the trickster god Mongoose. During his test-of-manhood walkabout, he kills a lioness with his bare hands and, from his divine father, acquires a mongoose familiar, Brother. But during his absence, tribal politics take an unwelcome turn, and Nijon finds himself exiled. He wanders toward the fabled rich cities of the north. On the way he outwits a swindler and acquires a fortune, only to be rapidly relieved of it upon his arrival in the city Purasham. He joins the palace guard of King Manoos, whose daughter Nlavi has been abducted by a dragon. After many adventures, Nijon slays the dragon, enriches himself from the dragon's fabulous hoard, and settles down to live in comfort and splendor, rejecting pleas from his erstwhile fellow- tribesmen to return to the plains. Costikyan makes no claim to seriousness or originality, but his engagingly lighthearted, tongue-in-cheek adventure is expertly tuned and pitched for the fantasy-gamer audience.