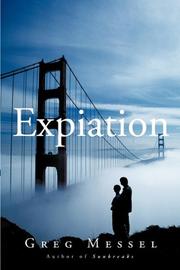 The new novel from Messel (Sunbreaks, 2009) is a story of true love deterred as high school sweethearts are torn apart by the social upheaval of the ’60s and ’70s, only to find each other again on the eve of the new millennium.

Dan is a father, widower and successful writer for The San Francisco Chronicle. When he returns to his childhood home of Seattle for his mother’s funeral, he unexpectedly reunites with his high school sweetheart Katie. They begin to pick up where they left off years ago, and Dan wonders why the perfect couple of the handsome quarterback and gorgeous cheerleader ever parted in the first place. The novel may be fiction, but it’s set in the very real and contentious history of California during the ’60s and ’70s and is at its best when the characters are directly involved in the time period. The chapters dealing with the Berkeley riots are especially vivid and exciting, as Dan drags his college girlfriend (and eventual first wife) through clouds of tear gas for the scoop that will jumpstart his journalism career. Other newsworthy happenings, from Vietnam to the Zodiac killings, along with more modern milestones such as Y2K and the “Battle of Seattle,” are mentioned but never play as large of a role as the events in Berkeley, and the novel sometimes feels more like an account of how minor the impact of historical events can be on two people’s lives rather than the other way around. Once Dan and Katie are back together there’s little conflict, with the book focusing more on how Dan strayed from Katie and eventually found his way back. The couple comes across natural enough when together, though the stiff, overly verbose dialogue occasionally distracts from their chemistry.

Reads like a factual memoir, but for fiction there’s too much history and not enough plot.