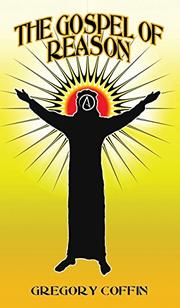 THE GOSPEL OF REASON

At the beginning of Coffin’s (Sterling Honor, 2013) novel, Prince Arenos, the son of King Iligenor of Dellowworh, is sent by his father to journey through the kingdom he will one day rule and learn what he can about it. Arenos is young and full of life, as the author describes in the slightly baroque prose that fills the book: “His hair was parted, perfectly centered, with his wavy locks framing his handsome face, draping on his neck and shoulders as a cloak.” The prince is accompanied by Madgo, a priest (“In Dellowworh and under Iligenor, all priests were men of the law though not all men of the law were priests,” readers are told) with a doctrinaire turn of mind and a censorious attitude. He’s a man who prefers tradition to the free inquiry Arenos wants to pursue. The two proceed to visit parts of the kingdom, with Madgo intent on validating a worldview reliant on obedience to dogma and tradition and Arenos fixed on confirming a worldview in which secular reasoning and common-sense empathy can construct all the moral and personal frameworks anybody needs. Both men are seeking the ultimate truth of life, but from the outset, they have diametrically opposed ideas of how to reach it. “Examined faith will strengthen faith toward the True,” Arenos declares at one point. “Blind faith ignores reasonable doubt and makes one a husk to be filled with any falsehood which may be poured in. Examined faith is no longer just ‘faith.’ ”

During the course of this ambitious tale, Arenos and Madgo have many encounters with the inhabitants of Dellowworh—villagers beset by bandits, angry priests, common folks, and sages. The prince steadily gains a massive following, intrigued by both his immense charisma and his inspiring new doctrine in which there are no curses and there is no angry Nature directing its ills at helpless humans and requiring abasement in order to relent. Arenos preaches an entirely naturalistic gospel, in which people think through the purposes for the standards they put in place. “Ideas will rule,” he says, and this is certainly true of Coffin’s story, which is long on philosophical exposition and short on any kind of narrative tension. This is unabashedly a novel of ideas, with Arenos doing stand-in duty for a Jesus figure proposing—complete with parables —a doctrine of reason and measured consideration instead of the kind of blind obedience commanded by the king and his priests. Arenos’ adventures, preaching, and eventual fate are all thick with biblical echoes—everything from Sodom and Gomorrah to the Passion of Christ—but the various players are more often mouthpieces for aspects of ideology than fleshed-out characters. This will cause the narrative to drag in places for all but the most theoretically inclined readers.

An intriguing, if somewhat didactic, parable about a young man trying to spread a new doctrine of calm reason in a kingdom filled with blind faith in dogma.