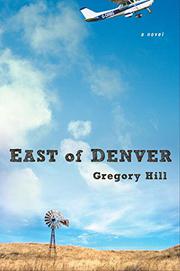 You can go home again, but Lord knows why you’d ever want to. Such is the lesson learned by rural drifter Stacey “Shakespeare” Williams in this agreeable, offbeat debut novel.

A deceased cat leads Shakespeare from Denver to his father’s farm, where he hopes to find a suitable burial space. Instead, he finds his father deep into senility, not aware that his longtime caretaker recently dropped dead in his bathroom. He’s also been swindled by the owner of the local bank, who’s already stolen Pa’s beloved airplane and is about to foreclose on the farm. Shakespeare settles in for the long haul, and the people he reconnects with—town bully/drug dealer D.J. Beckman and oversexed bank teller Clarissa McPhail—remind him of why he left. But he spends most of the narrative with his father, once a gifted carpenter/inventor and now in the grip of something that looks like Alzheimer’s. Hill doesn’t soft-pedal the sadness of the situation, even while playing up the father’s constant forgetfulness and quick flashes of coherence for their dry and dark humor. Likewise, a subplot about an old classmate who’s now paraplegic is neither sentimentalized nor played for cheap laughs. The only hole is that we learn almost nothing of Shakespeare’s back story: We find that he is genetically unable to smell, an odd detail that doesn’t bear on the plot, but never find out what he did for a living. Shakespeare eventually decides that his best option is an unrealistic plan to rob the bank; whether he’ll go through with it is a running question throughout the book.

A story about a father and son who bond against the odds, with an ending as quirkily satisfying as the rest of the book.