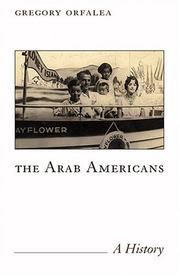 An idiosyncratic account of Arab immigrants and their native-born children in America.

Orfalea (Writing/Pitzer College) doesn’t trade in ethnic history on a par with, say, Manuel Gonzales’s Mexicanos (1999) or Michael Coffey’s The Irish in America (1998). Rather, he offers a family-and-friends-based account of the three major waves of Arab immigration to the U.S., as with his reminiscence of a colleague: “In the dead of winter, in January 2005, Hisham Sharabi died of cancer in Beirut at 77. If not Palestine, at least he had palms and the sea and his beauties nearby. From my perch in California looking out at the snowy San Bernardinos, I see him smile.” Among his interviewees are writer Vance Bourjaily, “one of the only serious American novelists of Lebanese heritage to make a name for himself in fiction” (William Peter Blatty, of Exorcist fame, lacks sufficient gravitas to count); a Yemeni doctor in Michigan who has given up haunting libraries for fear of falling victim to the Patriot Act; actor F. Murray Abraham, who remarks, “I’m half Syrian, half Italian—of course I empathize with any Mediterranean people, especially Semites”; Paul Orfalea, founder of the Kinko’s copy shop chain; and entertainers Casey Kasem and Danny Thomas, ever careful to avoid alienating the mainstream audience. When Orfalea does write straight history, he often falls into error: Estevanico, servant of conquistadors, was a Moor, not an Arab, and was killed by Zunis, not Navajos; Hadj Ali, one of the first Muslim immigrants to America, was a Greek convert who used his birth name for official purposes, not an Arab who was forced by unfeeling immigration officials to take a non-Islamic name. Such slips serve the author’s contention that Arabs have suffered aplenty in the New World, but they undermine his authority.

A start toward recording the history of an underdocumented, influential presence in American society, but be warned: The book has mistakes.