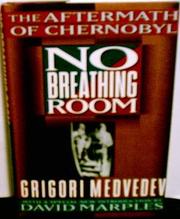 The Aftermath of Chernobyl

In an account written before the collapse of the Soviet Union, the chief engineer of the Chernobyl nuclear plant at the time of its construction (in 1970) relates the grim aftermath of the 1986 disaster and the attempted cover-up by the Gorbachev regime. Medvedev recapitulates some of the ground he covered in his more extensive The Truth about Chernobyl (1991), but instead of again engaging in an analysis of technical details, he now emphasizes the human suffering wrought by the catastrophe and the conspiratorial efforts by Kremlin officials to keep the public ignorant about the potentially lethal effects of Soviet nuclear activity. Medvedev emphasizes that authorities knew about, and covered up, pre-Chernobyl nuclear accidents and near-accidents (particularly the Chelyabinsk explosion in the late 1950's), and he indicates that a combination of secrecy, neglect, ignorance, and bureaucratic callousness prevented responsible officials from anticipating or doing much about potential accidents at other Soviet nuclear facilities. Medvedev sees the official Soviet reaction to Chernobyl as consistent with previous reactions— several days of silence, followed by terse denials and denunciations of Western ``propaganda.'' In the end, Soviet officials did acknowledge the disaster, but statistics regarding deaths, health effects, and ill consequences to the food chain continued to be classified. The author recounts how he uncovered the gruesome facts by taking on a secretive Soviet bureaucracy that actually squeezed propaganda out of the catastrophe (the largely mishandled cleanup was presented as a great victory because the reactor was back in operation by the end of 1986) even as it ignored grave threats to the public health. Of historical interest, since the Soviet bureaucracy Medvedev denounces no longer exists; but timely as well, since the nuclear industries of the post-Soviet republics appear to share many of the old regime's vices, while the ecological effects of the disaster continue.