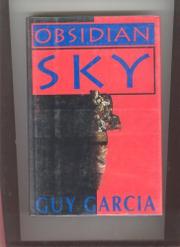 The author of Skin Deep (1989) this time takes as his protagonist a bright but annoying Berkeley Ph.D. student who uncovers an anthropological gold mine in the cities and remote countryside of Mexico. Brian Mendoza catalogs museum artifacts in Mexico City at Templo Mayor, the sanctum of the Aztec capital of Tenochtitlan, while he pursues his research on ritual sacrifice. He is the kind of pompous grad student who interrupts his professors' lectures, and his arrogant attitude immediately sets him at odds with his supervisor, Arturo Torres, into whose office he sneaks at night to read the translation of the Xotl codex. This tells the story of the fall of Aztec empire to the Spaniards and the flight of Xotl, a priest of the god Quetzalcoatl, the Plumed Serpent, who was overthrown but vowed to someday return and reclaim his rightful throne. Ascertaining Xotl's destination and the mysterious bundle he transported could solve a 400-year-old anthropological puzzle and help a turbulent country reassert its identity in time to welcome the new dawn for Mexico that Quetzalcoatl prophesied. Brian theorizes that Xotl headed toward the Yucat†n; despite the hostile presence of government soldiers and Mayan rebels, he heads there with Greg Stone, an old Berkeley roommate, and Marina Soto, a local journalist with whom he falls in and out of love. His progress is followed closely by two powerful Mexico City rivals, Professor Xavier Zapata, director of Templo Mayor, and Alejandro Villalobos, a wealthy businessman with an acute understanding of Aztec culture. As his academic research assumes political dimensions that he could never have imagined, Brian reconnects with his Mexican heritage, which teaches him more about himself and the father he lost as a young boy. With the help of his sophisticated lover and renewed ties with his family, he even becomes slightly less stubborn. A solid story skillfully blending mysticism with historical fact.