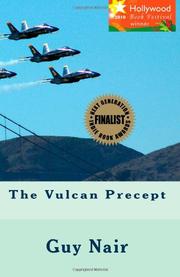 Jenny Peters, rookie CIA agent, is ready for her first mission—or is she?

The National Security Agency tasks Peters with reuniting with her college flame, Dr. Kris Menon, who is now an attorney general of Romanika. A political romantic, Menon dreams of democracy; others, who are loyal to the corrupt regime of previous Prime Minister Maurice Darumaru, have a different plan. Barely escaping death during the political coup, Menon receives a manifest from his longtime ally Captain Tomo and flees to the United States. Peters’ mission is to strip him of the secrets contained in the manifest and then kill him. Softened by her rekindled passion for Menon, Peters hesitates to pull the trigger and finds herself deeply intertwined in the thick plot of lies and deceit. Not knowing where to turn, she clings to the man she was supposed to kill. Just barely escaping her assassins, Peters runs from the very people who sent her on her mission. But running seems futile with the eyes of the NSA constantly watching her. A complex plot of conspiracy and intrigue, this novel presents a mindbending tale. But the organization of the swirling details may occasionally leave readers scratching their heads. Dozens of acronyms and minor characters confuse the plot rather than add to it. Additionally, the author’s use of pronouns and character descriptions rather than character names, make it difficult at times to know to which character he is referring.

Despite some murkiness, a thought-provoking action thriller that will keep readers on the edge of their seats.