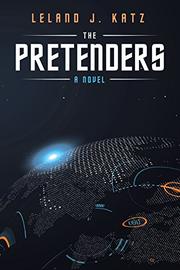 A debut autobiographical novel about one man’s struggles in business and military matters in the 20th century.

Joel Kramer’s journey begins at the University of Massachusetts in 1959, where he becomes an Air Force officer and meets his future wife, Julie Arlington. After he gets married and receives a master’s degree, he embarks on a military career in the midst of the Cold War. Although Joel is initially stationed stateside, it isn’t long before he winds up in West Germany with a crucial task. Essentially, if the Soviet Union were to engage in hostile activity, he would be an “alert duty officer” who’d be responsible for ensuring that nuclear bombs were launched, when ordered. After Germany, Joel is stationed in Greece, where he serves as a courier for top-secret documents. The book then follows his later years after leaving the Air Force; he and Julie return to the United States and raise two children, and he embarks on a career full of ups and downs, mostly in the nascent field of computing. He observes various developments in technology, including the inventions of the ethernet and the first internet browser, and sees how businesses attempt to keep up with the changes. However, the best parts of the novel are its earlier sections, when the author astutely explains the mix of fear and boredom that encompassed much of Cold War life. For example, Joel, during his time in Germany, does drills for what he knows may very well be the end of the world. By contrast, his days in the business world aren’t nearly as thrilling; although readers do get a firsthand look at technological growth in America, they also receive bland details about performance reviews and setting up booths at conferences, which pale in comparison to the threat of total annihilation.

An earnest, if not always exhilarating, historical tale.

GET OFF MY LEG
by Heinz Lietz
Indie