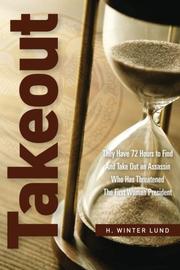 Dan Busbe seems like an average businessman: He has a loving long-time wife, two children and a sterling community reputation. But under all that he’s a rage-filled alcoholic who believes he must repair the justice system through his vigilante actions. Busbe, who calls himself “The Patriot,” initiates a succession of serial killings, each involving police officers whom he deems rotten to the core. Also, the female president intends to visit Busbe’s Boston hometown; there’s palatable tension between their potential assignation and the president’s determination to maintain her own tough reputation. Lund has an amazing ability to capture dialog and create sparks between his characters, all while providing a wealth of information about the world of police, secret service agents and federal representatives. Yet the novel tends to drag at times, particularly because of its huge cast of characters, each with official names and special nicknames that make it hard to keep track of them all. Furthermore, the riveting story that has its heavy moments, but listening to Busbe’s inner ranting grows tiresome as he winds himself up tighter and tighter on his trajectory toward mayhem. The book is well worth its substantial weight, though, because of its compelling insights into both the mind of a killer and the people who are desperately trying to stop him before he becomes the next Oswald. Lund proves himself an impressive writer and observer, giving this novel a well-deserved place among conspiracy tomes.

This detailed, action-filled cat-and-mouse police story is full of imagination.