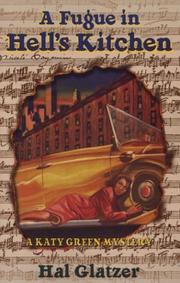 A FUGUE IN HELL’S KITCHEN

The year 1939 finds plucky New Yorker Katy (Too Dead To Swing, 2002) as usual pounding the pavement for work. Though it’s not the gig she’s looking for, her cellist friend Amalia Lee asks Katy’s help finding a priceless Paganini manuscript stolen from Am’s cello case after a radio performance at the prestigious Meyers Conservatory, where she serves on the faculty. Katy’s more interested in the recent untimely death of the conservatory’s young dean, Iris Meyers. The police don’t know whodunit or how or even whether it was murder. Iris has been succeeded by her brother Joseph, en edgy egghead whose lack of administrative experience leaves the future of the school in doubt. Given all the tension, Amalia and Katy breathe a sigh of relief when the music’s returned with no explanation, but their relief is premature. When it turns out a forgery was returned to her case, Am’s arrested for stealing the manuscript. With America on the brink of war, an unsettling strain of racism colors her incarceration. Hitting the investigative trail again, Katy follows a path from Chinatown to Harlem’s hopping music scene, including of course the eponymous Midtown neighborhood. The murder of the Conservatory librarian thickens the plot.

Lively, likable Katy and a colorful array of suspects add up to some breezy, nostalgic fun.