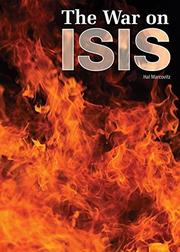 THE WAR ON ISIS

The cover, engulfed in flames, visually prepares the reader for an inflammatory presentation on ISIS, the Islamic State in Iraq and Syria.

Plentiful color photos of Islamic militants, tear-gassed protestors, de rigueur black-clad women, radicalized youth, civilian casualties, and the NYPD presence at the Thanksgiving parade push the right buttons in creating a sense of fear and alarmism. The author, a former journalist (but not an area specialist), bears out his assertion that ISIS is “a threat to global security” through documentation of terrorist attacks on several continents. Although the subject matter is deadly serious, the accessible writing style leads to some oversimplifications that may be misleading, as in his citing of a Tel Aviv University scholar who writes that “the Prophet Muhammad tolerated slavery,” a rather incomplete and malevolent claim considering that the practice of slavery was widespread in the ancient world, accepted at the time also by Christianity and Judaism. Co-authorship with a specialist scholar might have fine-tuned these points and improved the credibility of the sources; there’s an overreliance on social media, popular magazines, and some obviously biased books. Save your money; better (and more credible) works are available. For nonfiction about Islam, look for Letters to a Young Muslim by Omar Saif Ghobash (2017), and for fiction showing the impact of ISIS in Syria, read A Land of Permanent Goodbyes by Atia Abawi (2018).

A flawed, facile work that too often conflates ISIS and Islam.