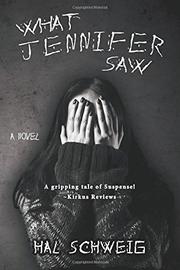 Schweig’s debut novel is a psychological murder mystery that traces the undoing of a family after tragedy strikes.

The Harris family, by all appearances, has it all in. Wealthy, beautiful and adored, parents Jim and Mary Beth enjoy the good life with their four children and many friends in idyllic Monroeville, Mo. But all is not as it seems both for the community and its favorite family—one night, Jim Harris is murdered while dozing in his home, unraveling the security of his family. As the police swarm, eager to determine who could have done the unthinkable, each member of the Harris family changes dramatically in the aftermath of their tragic loss. Mary Beth sheds her old skin as the domestic mother and emerges as a promiscuous femme fatale entangled in a string of affairs. This raises suspicion within her own son, witness to the fact that his mother “now moved, talked and even drove the car with a personal authority he has never seen…she had transformed herself into…a freewheeling spirit…as if some yoke had been lifted from her soul.” Even more disturbing than Mary Beth’s shocking response to her husband’s death is the contrast to the reaction of her daughter, Jennifer Harris, whose trauma from losing her father has left her unresponsive and emotionally scarred. Mary Beth blithely ignores Jennifer’s obvious need for help, leaving the problem to psychiatrist Dr. Timothy Adler to solve. But will his own emotional baggage prevent him from seeing this through? Did someone from Jennifer’s own family kill Jim, and is she the one who knows? Told in quick chapters and straightforward prose, this mystery novel takes on grief, trauma, murder and even insanity with a deft hand. The layers of insight and research are apparent as the characters struggle with one another and themselves with an admirable verisimilitude. Readers who find mysteries to be lacking in depth and character development will be pleased to find both areas well tended to here, executed effectively within a fast-paced and exciting read.

A gripping tale of suspense, family dynamics and trauma’s fallout.