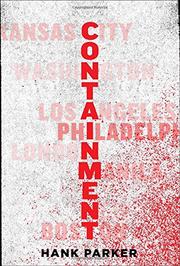 A fast-moving debut biothriller featuring a mad scientist and his icky pets.

In Lancaster, Pennsylvania, a farmer becomes horribly ill and dies a grotesque death. More victims soon follow, and Middle Valley descends into crisis: authorities plan to slaughter all livestock and pets, because any or all may be infected with a tick-borne virus. Such is the early fruit of Doctor Vector’s mission. The crazy fellow simply loves ticks for their ability to host so many diseases and to gorge on the blood of animals and humans. He raises them in an insect growth chamber, “a potential terrorist weapon more powerful than an army of soldiers.” Indeed, the ticks are his soldiers, ready to vector their poison across the globe for a motivation that isn’t particularly clear. Luckily, there are people like Curt Kennedy, who specializes in tracking biothreats, and veterinary epidemiologist Mariah Rossi. They identify the nasty, tick-borne Kandahar virus, which is “bioengineered for greater lethality.” Investigators had better hurry, because America is “on the verge of a major epidemic,” as Kennedy says. “Time is death.” Early speculation turns to animal rights groups as the terrorists, which would be ironic given the wholesale prophylactic destruction of animals by the National Guard. The situation gets so bad that the president tells the director of Homeland Security he’s declaring martial law. “First sign of violence,” the secretary responds, “we confiscate firearms” and maybe create mass detention centers. Meanwhile, the evil Doctor Vector had best be careful with “his pets,” lest he find “a tiny tick, embedded in his skin, swollen with his blood.” Those little suckers apparently have no loyalty.

With a nice little zinger at the end, this is a satisfying tale told by an expert on bioterrorism.