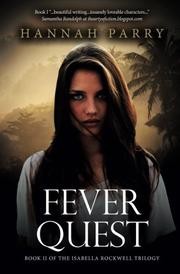 From the The Isabella Rockwell Trilogy series, volume 2

In Parry’s (Winter’s Bite, 2014, etc.) second book in the Isabella Rockwell trilogy, 16-year-old Isabella continues the search for her father and tangles with a dangerous diamond magnate.

Isabella and Midge, an orphan boy she befriended in the first book, have just arrived after a long ocean journey at the Port of Mombasa in East Africa. Fellow travelers include Livia and Rose, two popular, well-to-do girls whom Isabella envies. Parry fashions a compelling struggle among the trio, highlighted with moments of typical teenage jealousy. Then Isabella receives word that her father, a sergeant in the English army who was presumed dead, has been spotted at the Afghan border—but due to his injuries, he’s unable to identify himself. While still aboard ship, Midge and Isabella meet Col. Remus Stone, the governor of Golconda in India, who drunkenly waves around a large, spectacularly beautiful diamond. He tells them that at the entrance of the Golconda mine sits a statue of a goddess whose “third eye,” a special diamond, was stolen long ago. Stone hopes that it’s the same one he has, as he fervently believes a legend that says that until the diamond is returned, no one can unearth any other gems from the mine. Soon after Isabella leaves the ship, she comes upon an old friend who implores her to deliver a special package to a place far from where her father is rumored to be. To complicate matters further, Isabella and Midge have a falling out, and he opts to travel without her. The heartbroken Isabella soon receives a letter from Stone saying that he’s kidnapped Midge and instructing her to meet them at the mine. Parry’s tale is an adventurous, serpentine journey, rich with poetic, cinematic description (“The docks at the port of Masulipatam were thronged with people….Despite her sadness, to suddenly hear so many people speaking Hindi all around her was lovely, as if some central spring in her, which had been wound tight, could suddenly relax”) and many surprising moments that beg rapid page-turning. She weaves this marvelously complex tale with skill, as all the various subplots mesh perfectly at the book’s end. Isabella is a terrific heroine—daring, industrious, and strong—but her struggles with self-doubt will make her thoroughly relatable for teenage readers.

A fine adventure story that will make readers await the next installment with bated breath.