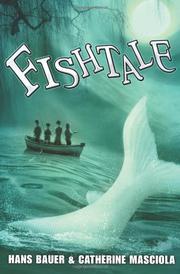 Four kids in rural Mississippi set out to catch an enormous, legendary catfish that gives them the chase of their lives in what can only be called “one heck of a fish tale.”

Since their father died in Vietnam, 12-year-old Sawyer and 9-year-old Elvira help their mother, Rose, run the family’s catfish farm. After a catfish bites Rose’s finger and swallows her wedding ring, she becomes ill. When Sawyer hears about Ol’ One Eye, the “biggest, oldest, smartest, and meanest durn cat that ever swum the Yazoo,” he falls under the mythic “Catfish Time” and believes if he catches Ol’ One Eye, he will find Rose’s missing ring and she will improve. Armed with a map, poles, tackle, a rowboat, bologna sandwiches and spunk, Sawyer, his best friend, his cousin and stowaway Elvira paddle up the Yazoo seeking the phantom catfish. Told in an easygoing, colloquial style, the fast-paced plot carries readers and the four unsuspecting pals along at a rapid clip as they chase and are chased by a humongous, predatory catfish that leads them through a deserted plantation and into a submerged riverboat. Realistic black-and-white spot art reinforces the fishing theme.

Four feisty kids, one wily fish, creepy bayou atmosphere and a whopper of a tale.