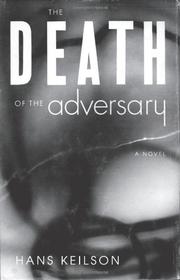 THE DEATH OF THE ADVERSARY

A welcome reissue of a classic about Nazi evil originally published in German in 1959.

This psychologically subtle and acute account of denial in the face of Hitler’s rise to power received strong acclaim before disappearing from print. With the celebration last year of the 100th birthday of Keilson, a psychoanalyst who was part of the Dutch resistance during World War II, the novel has lost none of its insidious power. Cast as notes left behind by an anonymous German outcast in the years before the war, the narrative recalls the existential depth of Camus and the fabulist absurdity of Kafka or Beckett, as it illuminates the protagonist’s symbiotic relationship with the enemy whom he wishes he had killed when he might have had the chance. Though the narrator doesn’t identify himself specifically as Jewish or his adversary as Hitler, the parable has even more resonance than a fictional memoir would. “The whole thing was a comedy, a comedy in a minor key,” writes the narrator. “Tomorrow it would become real; then it would be tragedy.” The most striking episodes in a novel filled with them include a rally during the enemy’s ascent (“He still had to stay within certain limits, but his threats were unmistakable. He was not, as yet, master over life and death. As yet?”) and a chilling rampage through a cemetery, defiling the dead. The framing of the novel suggests that these pages are being read years after they were written, and written years after the events recounted, but such distance doesn’t render the narrative any less vivid: “In the middle of a sentence, in the middle of the debate with his adversary, he began to scream and rave. A lunatic!” Yet the enemy could not be so easily dismissed, as subsequent horrors would prove.

A novel of psychological devastation, where the unthinkable and unspeakable exist offstage.