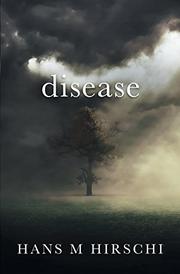 A devastating medical diagnosis redirects the future of a loving gay family.

When journalist Hunter MacIntyre is officially diagnosed with early-onset Alzheimer’s disease, the news is crippling not only for him, but also for his husband, Ethan, a high school teacher, and their 5-year-old daughter, Amy. Prolific Swedish author Hirschi’s (Jonathan Trilogy, 2016, etc.) emotional tale opens with Ethan's presenting MacIntyre’s life through the journalist’s notes. Ethan—now a widower with a teenage daughter—continues to mourn the loss yet offers MacIntyre’s diary in hopes that it will illuminate the heartbreak of the disease that robbed him of his livelihood, his perception of the world around him, and ultimately his home life. MacIntyre’s history plays out within a narrative that is told through epistolary chapters weaving in his personal chronicle of gay fatherhood, objections to his family unit being considered “different” by his magazine editor, his married life with Ethan, and cherished and bittersweet childhood memories. He also writes from the internal vantage point of a frustrated man struggling with an increasingly faulty memory, the internalized terror of paranoia, the allure of suicide, and the solemn acceptance of living “with a death sentence.” As his family genetics predestined MacIntyre to acquire the debilitating disease, he writes of his mother’s plight with dementia-induced paranoia. Hirschi expands the focus and perspective of his character’s ordeal with the inclusion of Ethan’s own first-person narrative recounted both as MacIntyre’s health declined and in contemporary hindsight as a widower, years after his husband’s shocking death. Through his words, readers become acquainted with Ethan as a doting husband, the evolution of their relationship from first impressions to a cozy wedding ceremony in Italy, Amy’s birth, and MacIntyre’s crushing diagnosis and mental decline. An immensely thoughtful writer, Hirschi also allows his characters to ruminate over situations they have little control over, such as MacIntyre’s father’s remarriage and concerns over what kind of father Ethan’s new partner would be to Amy. Themes of longing, helplessness, and enduring love further inform this affecting tale, whose multiple narratives coalesce beautifully as they chronologically and touchingly document the incremental decline of a loving father and how a family must carry on despite its anguish.

A moving, compassionate, and poignant tribute to the enduring bonds of family amid disease, this account should be a must-read for anyone in the throes of an ordeal involving Alzheimer’s disease.