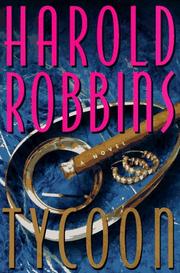 Another dreary, sex-drenched saga in which Robbins (The Stallion, 1996, etc. etc.) does his roman Ö clef number on broadcasting. In 1931, young Harvard-educated Jack Lear defies father Erich, who wants him to join the family's Los Angelesbased scrap-metal firm; instead, Jack puts down roots in Boston, where he weds a blond deb named Kimberly and buys a local radio station. The precocious, upwardly mobile go-getter soon builds a small network that earns him the backing of megabuck investors, plus the favors of showbiz hopefuls and other men's wives. Although willing to preserve a crumbling marriage for his children's sake, Jack (whose career vaguely resembles that of William Paley) meets and falls for Anne, the widowed Countess of Weldon, while sitting out WW II in London as a brigadier general on Eisenhower's staff. Kinky Kim (who's been making S&M whoopee with banker Dodge Hallowell) grants him a divorce, and he's able to make the stylish Brit his own. With beauteous Anne beside him, Jack moves to Manhattan and expands his empire, taking advantage of the postwar era's favorable economic conditions to put the Lear name on a nationwide string of TV stations. The influential magnate's charmed life is not without a downside, however: He learns his kids by Kim are engaged in a committed incestuous relationship, then loses Anne to leukemia after two decades of wedded bliss. Meanwhile, the business prospers, and by the early '70s, a younger generation emerges to challenge Jack for control of the media colossus he's created. In an abrupt and anticlimactic windup, the founder loses a proxy fight, sells out to a conglomerate, and walks away with his third wife, a New Jersey congresswoman. Despite the author's customary surfeit of clinical sex scenes, this is a limp and linear take on cafe-society capitalism—one that ends not with a bang but a whimper.