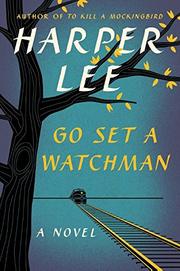 The long-awaited, much-discussed sequel that might have been a prequel—and that makes tolerably good company for its classic predecessor.

It’s not To Kill a Mockingbird, and it too often reads like a first draft, but Lee’s story nonetheless has weight and gravity. Scout—that is, Miss Jean Louise Finch—has been living in New York for years. As the story opens, she’s on the way back to Maycomb, Alabama, wearing “gray slacks, a black sleeveless blouse, white socks, and loafers,” an outfit calculated to offend her prim and proper aunt. The time is pre-Kennedy; in an early sighting, Atticus Finch, square-jawed crusader for justice, is glaring at a book about Alger Hiss. But is Atticus really on the side of justice? As Scout wanders from porch to porch and parlor to parlor on both the black and white sides of the tracks, she hears stories that complicate her—and our—understanding of her father. To modern eyes, Atticus harbors racist sentiments: “Jean Louise,” he says in one exchange, “Have you ever considered that you can’t have a set of backward people living among people advanced in one kind of civilization and have a social Arcadia?” Though Scout is shocked by Atticus’ pronouncements that African-Americans are not yet prepared to enjoy full civil rights, her father is far less a Strom Thurmond–school segregationist than an old-school conservative of evolving views, “a healthy old man with a constitutional mistrust of paternalism and government in large doses,” as her uncle puts it. Perhaps the real revelation is that Scout is sometimes unpleasant and often unpleasantly confrontational, as a young person among oldsters can be. Lee, who is plainly on the side of equality, writes of class, religion, and race, but most affectingly of the clash of generations and traditions, with an Atticus tolerant and approving of Scout’s reformist ways: “I certainly hoped a daughter of mine’d hold her ground for what she thinks is right—stand up to me first of all.”

It’s not To Kill a Mockingbird, yes, but it’s very much worth reading.