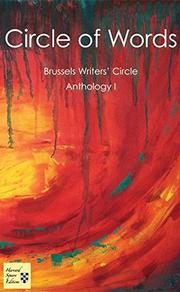 HOW FAST CAN YOU RUN

This debut novel by poet Millan (Girl in Cap and Gown, 2010) is based on the real-life story of Michael Majok Kuch, one of the "Lost Boys" of Sudan.

In 1988, 5-year-old Majok Kuch Chol-Manga’aai is left behind when his village is attacked, as his mother grabs his baby brother and runs when their village is attacked, screaming at him to follow her. Dumbfounded and in shock, Majok hides. Eventually, he falls in with an older boy named Akol, who convinces him all the survivors are meeting in Upper Deck, Ethiopia. The boys head there, avoiding both wild animals and soldiers along the way. Loss is the one thing they share—that and a desire to survive the casual everyday violence depicted so hauntingly by Millan’s storytelling. Eventually, on the brink of death, they are rescued by Sampson, a Kenyan aid worker, and taken to the Pinyudu Refugee Camp in Ethiopia with hundreds of other boys. The desperate conditions—little food, no latrines—make illness rampant. It is not ideal, but when war also comes to Ethiopia, they are sent, along with thousands of other boys, to a different refugee camp, in Kenya, where Majok later reunites with most of his siblings. In 2000, due to Majok’s determination, they are selected to join the 4,000 refugees the United States will allow to seek asylum, but unfortunately they are faced with racism in their new home. One wonders why Millan did not strike away the thin fictional artifice and call her work a biography. Still, the strength here is in Millan’s ability to fully inhabit Majok’s consciousness; she has crafted a rich tale that authentically portrays—and doesn't exploit—Majok’s refugee experience.

A deeply felt novel of grace and intelligence.