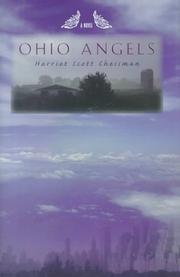 A quietly lyrical debut about a young woman coming to terms with family and mortality. Hallie Greaves has long since arrived at that point in life where trips home to visit your parents are no longer routine events. A painter living in New York City, Hallie is married (to Morey, an architect) but childless, having suffered a miscarriage some years ago. Still vaguely depressed over the miscarriage and afraid to attempt another pregnancy, Hallie also feels “dried up” artistically and wonders whether she should even try to return to her painting. In the small Ohio town where Hallie grew up, her mother Virginia is equally listless in her own way, and keeps largely to herself, rarely venturing beyond the front door of her home. Hallie decides to come home for a week in July, and once there finds herself swept up in the recollections of her past amid the familiar objects, places, and people of her childhood. Not long after Hallie returns home, her mother takes an overdose of sleeping tablets and has to have her stomach pumped. Shocked by this turn of events, Hallie begins to ask friends about her mother’s moods and health, and is stunned to learn that Virginia had a miscarriage herself while Hallie was still a young child. Hallie stays on until she’s convinced that her mother is out of danger, then returns to New York, filled with a strange sense of liberation from her past and fired with nervous excitement over her own future. Somewhat oppressive in its introspection, but nonetheless a compelling and sensitive portrayal of two different women, each trapped between two periods of her life. Chessman’s style is fluid and unobtrusive, and manages to be meditative without being abstract.