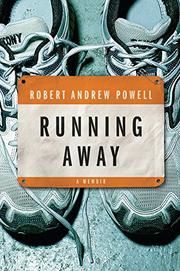 A memoir about a middle-aged journalist who decided that running in his father's footsteps was his best shot at resurrection.

Several years ago, with his writing career tanking and a failed marriage, Powell (This Love Is Not for Cowards: Salvation and Soccer in Ciudad Juárez, 2012, etc.) happened to read a magazine article trumpeting the intoxicating running scene in Boulder, Colo. Freshly inspired, he packed up his Miami apartment, grabbed his loyal dog and hit the road intent on reinventing himself. The author recounts his personal story of how he spent a rigorous year of his life sleeping in a converted chicken coop and running among the bracing Flatirons in a bid to qualify for the prestigious Boston Marathon. Boston has always loomed large in Powell's self-loathing psyche since his father set the standard decades earlier when he successfully ran the road race as a remarkable middle-aged novice. The emotionally bereft son's complex relationship with his father runs throughout this sinewy narrative. "He never talked about work at the dinner table when I was a kid,” writes the author. “What he did with his time, on those business trips or in that office of his, was his world alone." During the course of his less-than-magical year of kinetic reinvention, Powell also began to consider Frank Shorter, former Olympian and curious Boulder running icon, as something close to an anti-father, the perfect obsessive and self-destructive example of how not to behave. No matter how far he ran, however, Powell couldn’t seem to put much distance between himself and the woman he originally walked out on or the subsequent women who, in turn, walked out on him. Pounding the pavement didn’t yield any easy answers, and the author's redemption is never a foregone conclusion. In fact, by the end of Powell's relentlessly critical self-analysis, it's clear there's still a lot more road left to be run.

THIS LOVE IS NOT FOR COWARDS
by Robert Andrew Powell
Nonfiction

WE OWN THIS GAME
by Robert Andrew Powell

RUNNING WITH THE PACK
by Mark Rowlands
Newsletter sign-up