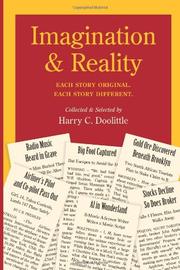 A collection of whimsical stories based in—but not bound to—reality.

The book purports to be stories “collected and selected” by the author, with almost all of the stories written by ostensibly fictional authors. Most chapters appear to be efforts to delve deeper into news stories, but with no explanation or other container provided, it’s difficult to determine if this is truly the case. Of the 18 stories in this collection, a handful stand out: “Farmer’s Radio Picks Up Broadcast from Other World,” about cows who enjoy animal rights-oriented broadcasts from another planet; “Stocks Decline, So Does Broker,” about a town attempting to capitalize on failed suicide attempts; and the comparatively long “Airliner’s Pilot and Co-Pilot Pass Out,” where an international flight is saved by an unlikely young hero. The supposed authors of the stories are reporters, book reviewers, hack screenwriters, novelists and theater critics, with only the last story (a letter to the government, as yet unanswered, suggesting the re-introduction of WWII PT boats to deal with the Somali pirate problem) clearly penned by Doolittle. All the narrators share a quirky perspective on the stuff of day-to-day life: romance, work, rejection, death, art and the progression of time. Unfortunately, rather than deepening our understanding of the headline-style titles, each chapter is a directionless meandering through the details with confusing efforts at humor spiced into the mix. Many stories start out strong, but all inevitably fall flat, failing to pay off or find closure in a dramatically satisfying way. Doolittle’s unusual, playful voice opens up possibilities in the emotionless world of news writing, but each fictional author sounds the same, and each story dribbles to an end rather than coming to a climax. Dissatisfying at best and maddeningly confusing at worst, Doolittle’s sense of fun nevertheless wins his book some sympathy.