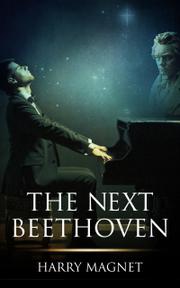 A debut novel takes on the academic and cultural establishment, especially in New York City.

Young David Green is a lavishly talented pianist and composer. He is also a rebel, disgusted with modernism and postmodernism in music (and the other arts). His self-appointed mission is to turn back the clock and revive the classical music—Romantic, most of all—that he loves. This is no less than a heroic quest to save modern culture, a culture that has become a cesspool in every regard. He wants—demands—no less than a second Renaissance. To this end, he recruits some like-minded young talents: an architect, a painter, a sculptor, and a poet. This gang of five becomes the Second Renaissance Artist Group. It does not go well. David’s unyielding zealotry drives them all off eventually, and the musician spirals down to an attempted suicide. With the help of the New York City Police Department, Dr. Bill Leornig, a psychologist, talks David off the Brooklyn Bridge. Leornig takes charge of the troubled David’s recovery. Will David ultimately soldier on alone in his noble cause? While his prose is sometimes a bit awkward, Magnet displays talent. In fact, as a kind of lagniappe, there are four quite clever short stories following the novel itself. He does strive mightily to make the characters, especially David, real and believable, a novelist’s prime job. And he is fervently committed to the view that David stands for. But a thesis novel, a work that is really written in the service of One Big Idea, runs the risk of sinking under the weight of that concept and of having its characters be merely puppets and mouthpieces. Such fiction/essay hybrids are always problematic. At one point, Magnet invites readers to skip, if they like, a long disquisition on art and psychology and get back to the plot (David hanging off the bridge), something akin to an actor’s breaking the fourth wall. This, then, is a book for readers who are intrigued by the hero’s artistic cause. (There are useful notes in the back.)