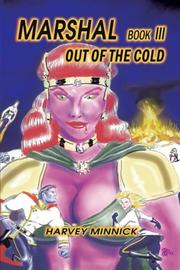 Out Of The Cold

Marshal and members of the HERO (Heroic Emergency Response Organization) team are sent to Greenland to rescue a research station that lost contact soon after reporting that penguins were attacking. The team, which includes Heather (aka Superstar), who has super strength and speed, verifies the existence of the hostile penguins—of the explosive variety—and also faces polar bears and untrustworthy Eskimos. Before long, the rescue team might need to be rescued itself. The novel is really two stories: HERO in Greenland, and officers viewing a recording of Marshal’s memories to learn what happened to a space station where Marshal was once posted—a station that, along with its 157 residents, was lost. Some of the story feels as if it were written with the assumption that readers are familiar with the two previous books in the series—the origins of HERO and its members aren’t made clear, for instance—but that shouldn’t distract readers from enjoying the taut action scenes, as when Marshal and the station crew combat vampires that can take the form of humans. Minnick wisely keeps his multiple narratives moving, and the stories bounce back and forth quite often; it’s a frenzied approach that largely works. However, with few breaks or indications of a transition, it can sometimes be disorienting: A scene in the snow with HERO member Dauntless is immediately followed by a scene with Marshal and a vampire pinned to a wall. Numerous grammatical and spelling errors are hard to ignore—Eskimo becomes “Eskimoe,” for instance—and characters can be superficial, particularly the women, whose descriptions are almost exclusively physical: e.g., well-endowed, “voluptuous” and in possession of an attention-grabbing “tush.” But Minnick excels in the action/sci-fi genre, dishing solid one-liners—“No one is authorized to die on me today”—fun references to other works (a Gen. Solo makes an appearance), and more than one “Kapow!” straight from 1960s Batman.

Not always easy to follow, but earnest and wholeheartedly entertaining.