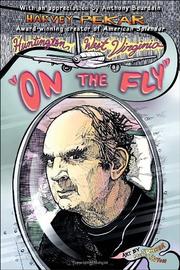 HUNTINGTON, WEST VIRGINIA "ON THE FLY"

This posthumously published collection of narratives provides footnotes on the life immortalized through American Splendor.

The pride of Cleveland and patriarch of the autobiographical comic-book narrative worked with New York artist Summer McClinton on pieces that generally reflect his life through the stories of others whom he found interesting. The opener, “Hollywood Bob,” tells the story of Cleveland’s limo driver to the stars (and to Pekar), an ex-con who ended up befriending many of the famous people he drove (including Meg Ryan, who doesn’t look familiar in McClinton’s rendering, and Leslie Nielsen, who gave the driver a “fart machine”). Then there’s a series of narratives on “Tunc & Eileen” and their many changes of jobs and partners before finding each other and telling their stories to Pekar. “Neighborhood Spark Plug” is the most compelling of the narratives, detailing the life of one of Pekar’s buddies and his ill-fated adventures in trying to restore and relocate a diner before returning to an expanded version of his toy store with delights for adult collectors. The longest and last piece is the title story, recounting Pekar’s trip to a book festival in West Virginia, after the interest from the film version of American Splendor had died down (and his speaking fee had dropped from the thousands into the hundreds). Like much of the collection, it’s a minor slice of life that doesn’t really build to any particular point, except as the book reflects the narrator’s obsession “to get the details of the story right.”

Pekar fans will enjoy this minor work from a major figure.