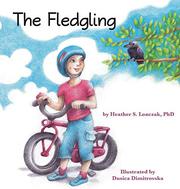 FLETCHER AND THE FLEDGLING

A child and a fledgling show off their new skills in this coming-of-age picture book.

It’s Fletcher’s big day: The training wheels are coming off his bike. His light-skinned family has gathered; his parents, aunts, and grandfather have their cameras ready. Nearby, some noisy crows also sound like they are celebrating. When a motorcyclist roars down the street, it almost disrupts the day—and it certainly bothers the crows, who then dive at a neighbor passing too closely beneath their tree. But soon Fletcher is off, and after his father lets go, the boy realizes a small crow is gliding alongside him. “Look at us,” Fletcher calls out. “We’re Flying!!” This slice-of-life story is told simply in a down- to-earth fashion that focuses tightly on Fletcher’s excitement at accomplishing a rite of passage. While psychologist Lonczak acknowledges the boy’s worries (“The bike felt wobbly at first, and Fletcher was a little scared”), the tale puts heavy weight on the support of his relatives and the subtle parallel between their presence and the protectiveness of the crow’s parents. Dimitrovska’s vibrant oil-pastel illustrations are softly lined, sometimes creating an indistinct feel at the borders of people and backgrounds, making details slightly hazy. But the choice of colors for Fletcher’s helmet, eyes, bike, and clothing emphasizes the feeling of flight. In his moment of victory, the boy almost appears to be part of the sky.

An uplifting tale of triumph likely to encourage struggling young bicyclists to take off soaring.